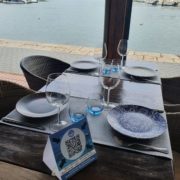 At the Restaurant Can Pep in Port d’Andratx we comply with all the hygiene and safety protocols established by the Ministry of Health and the Department of Health and Consumption of the Government of the Balearic Islands.

At Can Pep we not only want you to enjoy a complete gastronomic experience but we also want you to feel as relaxed as you do at home. That is why we have adopted new preventive measures to minimize risks and avoid any contagion from COVID-19:

– We have installed informative signs with basic recommendations for the prevention of infection, focusing on maintaining a safe distance and washing and disinfecting hands.

– We supervise that clients do not make arbitrary use of the equipment on the terraces so that it can be disinfected between diners.

– We also provide customers with disposable napkins and hydroalcoholic gel.

– We have replaced the classic menu with menu with a QR code available on the internet for a more secure consultation that is adapted to the needs.

And all this without losing our traditional smile, which can be sensed under the hygienic mask that we all wear.

We hope to welcome you very soon at the CAN PEP restaurant in Port d’Andratx! 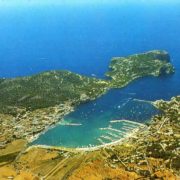