The municipality of Andratx includes in its territory the island of Sa Dragonera. In its waters is located the Sa Dragonera marine reserve, with a surface area of ​​457 hectares, of which 82 are integral reserves (without permitted uses except for duly authorized scientific monitoring).

The Sa Dragonera marine reserve is characterized by its steep profile and rocky bottoms, where the different species find protection and shelter areas. Inside, the oceanic seagrass meadows, reefs and submerged caves stand out. Populations with great potential for recovery coexist here, such as grouper, scorpionfish, moray eels, brotoles, black croaker, bream, poplar, sea bream and dentex, as well as bigeye and spits.

Diving is one of the activities that take place in Sa Dragonera and that attracts hundreds of fans to the municipality every year. For recreational diving dives there are diving quotas, which allows to protect the environment of the space. 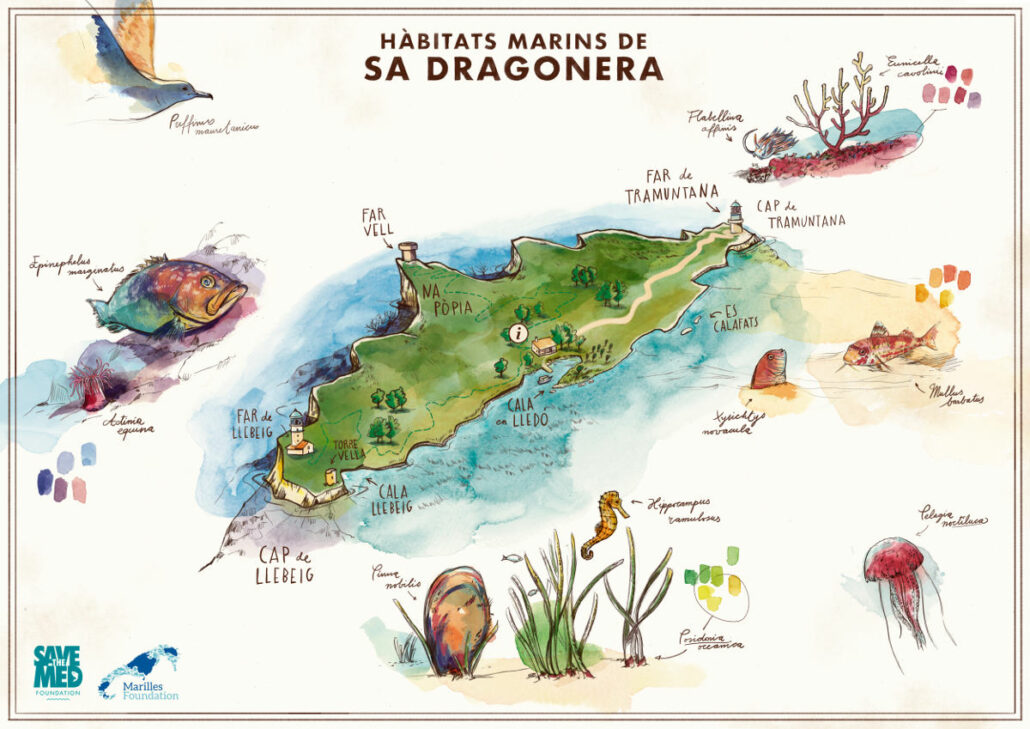 It was in 2016 when the Government of the Balearic Islands approved the creation of the Freu de Sa Dragonera Marine Reserve. In 2020, the Government of Spain declared it a Marine Reserve of Fishing Interest. With it, the entire coastline of the island has been declared under this figure of fisheries protection. The protection of marine resources in this area of ​​the Mediterranean is the result of close collaboration between the ministry and the autonomous community of the Balearic Islands, materialized in an agreement on shared management.

The Sa Dragonera marine area has considerable ecological and fishing value, in which a high diversity of habitats and communities can be found in a relatively small space. The underwater landscapes of Sa Dragonera are an example of those that can be seen on the coast of Mallorca, where the oceanic posidonia meadows stand out, very extended to the south, which act as areas of great biological production and repopulation of fingerlings of species of fishing interest.

Fresh fish in Port d’Andratx: From the sea to the plate
Scroll to top