A must for those who want to explore the Serra de Tramuntana and home to artists and writers throughout history, Andratx, also known as “la Vila”, is a quiet municipality in the southeast of the island that preserves its traditional character, especially in its fishing port: Port d’Andratx.

Both from the historical-patrimonial point of view, as well as the landscape and nature, Andratx offers visitors multiple experiences in any of its urban centers.

It is home to some of the most beautiful beaches on the island. Another of its attractions, such as the tower des cap Andritxol, built to defend the island from pirate attacks, contrasts with other more modern elements, such as the Andratx Golf course facilities, ideal for practicing this sport.

It is an excellent claim for lovers of the sea and nautical. While in the past it was a refuge for fishermen and has managed to preserve its picturesque appearance, today it largely lives off exclusive residential tourism.

Walking along the promenade and the pier, where the Lonja is located is one of the most pleasant activities to do in this pleasant cosmopolitan and cheerful corner in equal measure, where there is also a place for shopping, sun and bathing and leisure night.

You cannot leave Puerto de Andratx without stopping at one of the terraces overlooking the sea along the promenade, such as Can Pep, or at the emblematic Club de Vela Puerto de Andratx , a perfectly equipped marina.

It is a small town of less than 1,000 inhabitants that enlightens the sight of any visitor with its charming low houses with orchards or gardens, typical of inland towns.

You can always make a stop on the way in one of the three cafes where visitors usually congregate, before contemplating the church of “Sant Crist”, the building of “ca Ses Monges” or daring with an excursion to the monastery of La Trap.

Home to old estates such as Son Lluís and beautiful possessions, Sa Coma is nestled in the Coma Calenta valley and is home to the CCA Andratx, a cultural center dedicated to contemporary art on the island with several exhibition spaces, a café and a gift shop .

The troops of Jaime I anchored in this coastal nucleus before landing in Santa Ponça. Until the beginning of the s. XX fishing and salting were its main economic activities. At present, it is a small tourist center that does not lack anything: bars, restaurants, shops, etc.

The tower of Sant Elm, the monastery of La Trapa or the defense towers of creeks in Basset and Llebeig are some of the examples of its vast historical heritage. To cool off and sunbathe, the beaches “sa Gran” and “sa Petita”, with fine sand, and those of Cala Conills and Basset stand out.

Sant Elm also has the honor of having two natural areas of great interest: the Dragonera Island Natural Park and the Trapa Natural Reserve, perfect for family tourism. 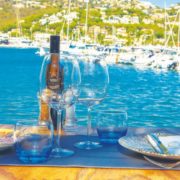 Get a free meal at your favourite restaurant in Andratx 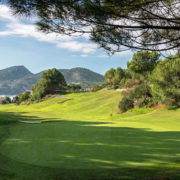 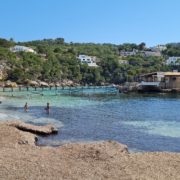 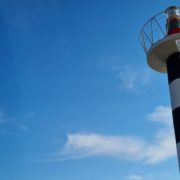 Andratx lighthouses: route to visit them 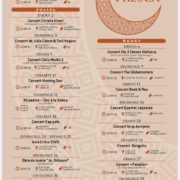 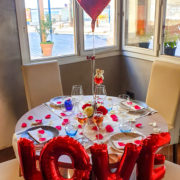 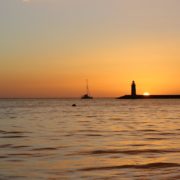 Sunset in Andratx: The top 3 places 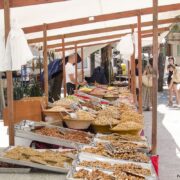 Andratx market, all the flavor of the island
Andratx celebrates the “Festa de Ses Madones”

Golf in Andratx: a high level course
Scroll to top